Founded in 1903 by George Wallace from Masterton and his brother in law from Christchurch George Cooper. Within two years Wallace moved on and Cooper took control as sole owner. By 1923 Wallace stepped aside and another George, George Murdoch Wilson, a chief shareholder for ten years, purchased it. In the mean time Wallace took over the mayoralty of Timaru. He held this position for six years.

During this time Wilson changed the company’s name to Vulcan Foundry and Engineering. In 1936, a few years before world war two, Wallace purchased the company back and reverted to its original name of Wallace & Cooper. 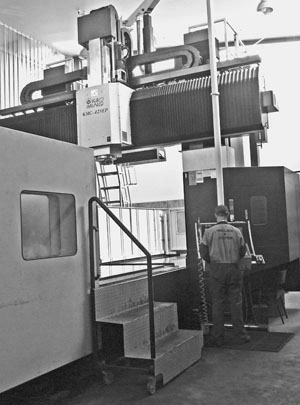 A New Beginning in Timaru

The company has gone through a rejuvenation process since the late 1980s. Within a few years Wallace & Cooper had moved to a purpose built premises at the port of Timaru and expanded its capabilities and customer base.

Today, it has a proven reputation as one of the leaders in its field, with a modern, comprehensive workshop, complete with a wide range of specialist equipment including the largest 4.5 Axis CNC machine in New Zealand.

This along with its vastly experienced team & management, makes Wallace & Cooper a unique combination.